Everybody seems to want a piece of Machine Gun Kelly these days, and unfortunately for him … one fan took that concept literally, and much too far with a handsy display.

The singer was performing Thursday at the Moda Center in Portland, OR — as part of his Mainstream Sellout tour — and at one point in the show … he went up into the seats with audience members, getting up right near some of them — including this overzealous guy.

Watch … in a video obtained by TMZ, you see this gent wrap his hand around MGK while he’s standing right next to his legs, seemingly trying to get a selfie with the star. 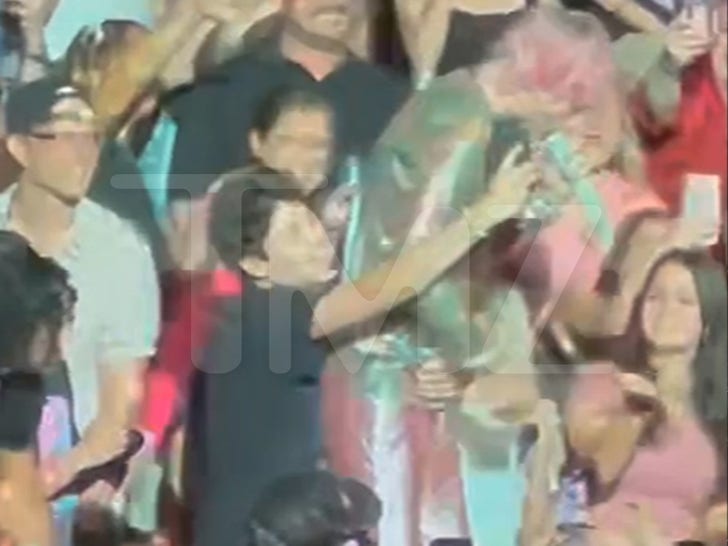 He should’ve just stopped there and let Kelly break away — which he was clearly trying to do — but this concertgoer apparently wasn’t done having his fun. Instead, he grabs tighter to MGK, wrapping his arm around the rest of his waist and reaching to the frontal area.

Indeed, the dude got a handful of Kelly’s junk and held on tight — that is, until his hand was stripped away by MGK himself … and being pushed back by somebody else, maybe security.

Doesn’t look like any more came of this — but it just goes to show … people are more out of pocket than ever before in living settings like these.